What to Read Next After Shuggie Bain 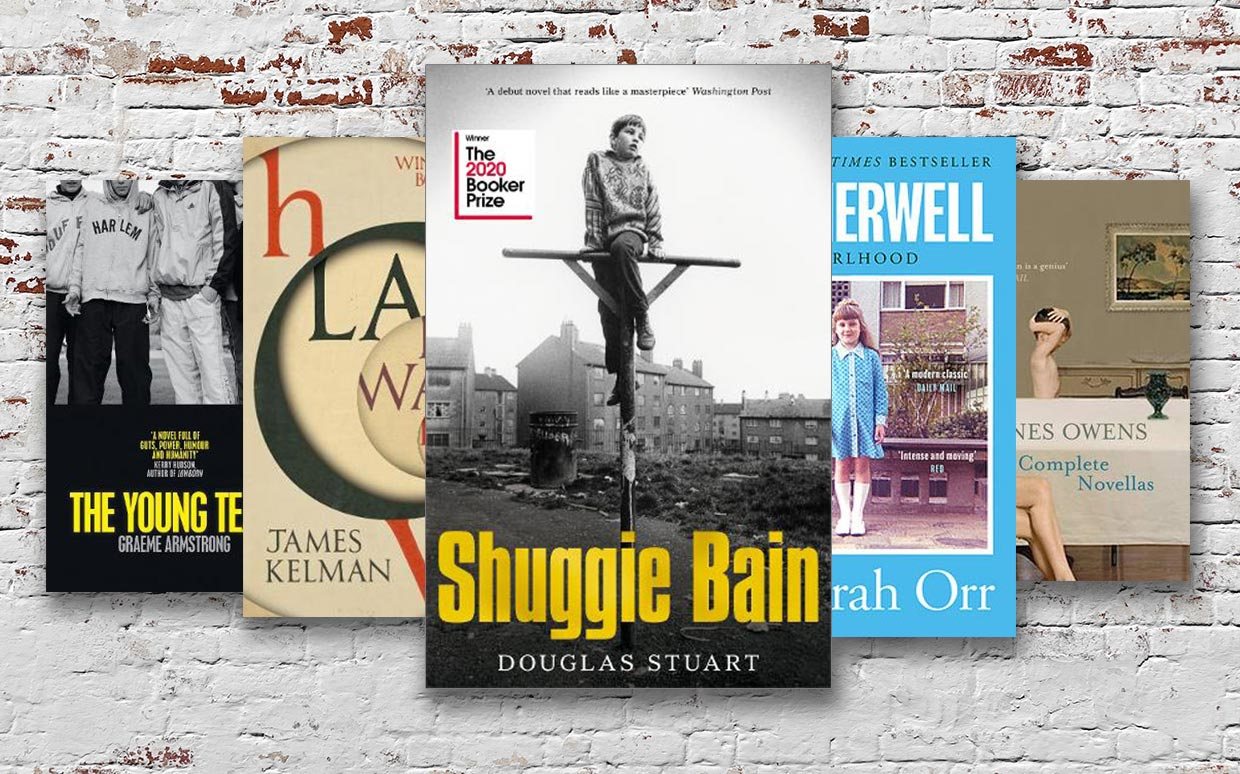 Douglas Stuart's Shuggie Bain has proven a hugely popular winner of this year's Booker Prize with many acclaiming the tough-but-tender debut as a modern classic. Iain Macleod, a bookseller at our Glasgow Sauchiehall Street shop, has been in contact with Douglas since the spring; ever since he devoured a proof copy of Shuggie Bain in one sitting in fact. Combining some of Douglas's favourite authors with his own vast bookselling expertise, Iain has selected ten books that carry a little of Shuggie's - and Glasgow's - spirit within their compelling pages.

Dubliners is more often mentioned in reviews of Shuggie Bain, I think because of the almost nostalgic, elegaic public house sketches of that book, but that is not this Glasgow. The central theme of Joyce’s first novel, namely taking flight from family and cultural blight, but maybe not shaking it off as you had hoped, is for me the reason why A Portrait is a book dealing in similar guilt and shame. In Agnes Bain, there is little saving grace and pains at saving face at every turn.

How Late It Was, How Late by James Kelman

The only preceding Scottish author to claim the Booker, James Kelman’s How Late It Was, How Late is the book on the shelf behind every Zoom interview this year’s winner has done. A vernacular masterpiece, this novel has emboldened every writer since with Glasgow in their heart and Glaswegian in their head, to put it down on the page as they see and hear and speak it. A book with a stone in its shoe. Try also Kelman’s Dirt Road, a bereaving father-son journey in the American south, that deals in healings that families can, and sometimes can’t, administer.

A cornerstone of 20th century Scottish fiction, the tagline reviews on Waterstones.com are pure perfection; they say it all, they say everything.

Maggie & Me by Damian Barr

For a history lesson in the political, social landscape of the Bain clan’s Glasgow, Damian Barr’s autobiography of growing up in the spite of Thatcher's Britain is an essential companion piece.

As with Barr, Deborah Orr’s searing work is both the brainfreeze and the clammy familiarity of the ditty and whip of the ice-cream van of a particular collective, west coast youth.

As sure as Shuggie Bain will be spoken of in the same breath as Lanark as a Glasgow classic, this particular Alasdair Gray novel shares an almost unrelenting depression with the addictive blueprint of Stuart’s debut. There is little affection in Jock McLeish’s pornographic long, last night of the soul, but the power and inventive redemption of literature is the fire at the desert end. Gray’s loom is the shadow in which every Glasgow writer sits.

The Discomfort of Evening by Marieke Lucas Rijneveld

A book as-if written by a child about not understanding the world, but in that visceral innocence of youth understanding it better than anyone. If Shuggie Bain is a film by Ken Loach, then this – winner of the International Booker Prize 2020 – is one for David Cronenberg to direct.

Jackie Kay, the Scottish Makar, is another writer that Douglas mentions in most interviews. I’ve not read her fiction, but her poetry is wonderful. Trumpet has a queer theme, and this quote from the book puts it firmly in Shuggie Bain’s camp: ‘a moving story of a shared life founded on an intricate lie, of loving deception and lasting devotion, and of the intimate workings of the human heart’.

The Complete Novellas by Agnes Owens

An inexcusably looked-over writer for decades, Agnes Owens’s short fiction is of humdrum, hard-lived lives of honest poverty, pregnancy, booze and the bruises to prove it. Championed by Alasdair Gray, and now Douglas, she should no longer be the best-kept secret of those who know.

The Young Team by Graeme Armstrong

Irvine Welsh in one corner, Darren McGarvey the other, this is a story that could be happening just one town over from Shuggie’s, in a tower-block just round the corner. Trancey prose and gangland poetry graffiti the pages of this incendiary debut from a writer who is a firework through the literary letterbox.