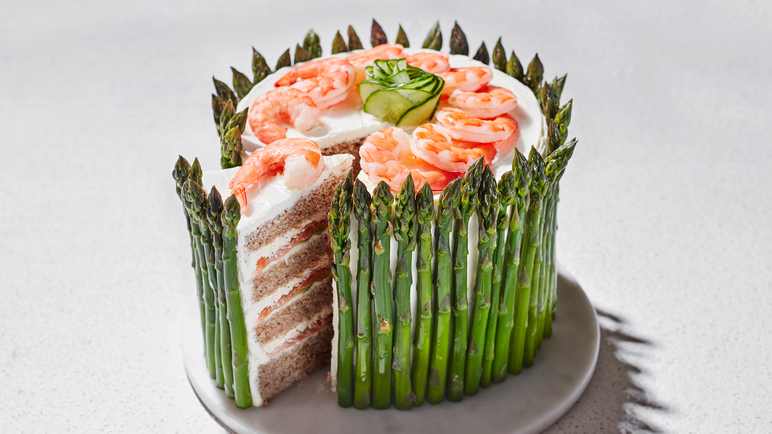 Is it a cake or is it a sandwich? It's a savoury sandwich layer-cake! Our prawn and asparagus take on the Swedish smörgåstårta savoury cake trend is as pretty as a picture, and pretty tasty too.